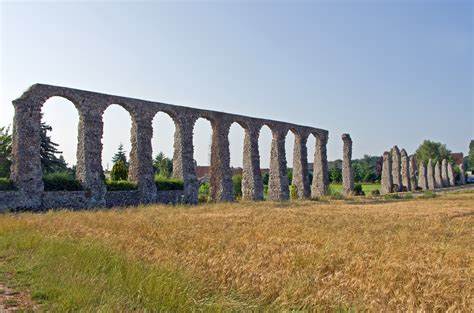 If you have studied God from the viewpoint of Natural Law then you know He was never a fan of kings, or their systems of government. They always destroy themselves, and in accordance with Natural Laws that can be detected relatively early in a history, though sometimes requiring centuries to complete, and a lot of human pain, anguish and destruction.

It’s because of this predictability that I’ve always liked to inject God into the conversation when discussing the broader panorama of history for there is a constancy in those histories that almost everyone chooses to ignore, and that is, no matter how great the king, no matter how bright the civilization, or wide the empire, and no matter how magnificently they rose, they all fall in a the same predictable fashion, in a rubble.

And we also know that Nature judges without respect to the goodness or badness of the little people who do the majority of the suffering. Think of the carnage to millions caused by a few thousand men twice in the 20th Century alone.

It’s not that the original builders of Rome weren’t proud of their accomplishments for many years, by erecting that bright and shining star along the River Tiber, only, in due course, others men came along, in natural fashion, who wished to broaden Rome’s original republican vision to create an empire that would spread their names across the known world. This impulse is so great many, many lesser men die trying, such is the abbreviated history of dreamers who dream too far, we also know this.

Still, the rule remains intact, that always, at some point, from 70 (three generations, which seems to be the accelerated model of the 20th Century), to 400+ years of more ancient empire-seekers, all that pride, vanity, and lust for power of having built such a wonderful thing is forgotten, so that, when the civilization ultimately falls, it is more often as not ransacked, its history lying in rubbled, bombed-out ruins, (Germany), its history books erased (the Russias, and China in the waiting room), standing as mute symbols of long-dead peoples who had once dwelt there, serving only as eye-candy for Berber herdsmen who saw the Pyramids, or the the medieval European farmers who looked in wonder on the Roman aqueducts, and wondered what they were, and who built them.

So, what was new and wonderful in nation-building in 56 BC was ho-hum by 400 AD…all according to Natural Law. It would take close to 1500 years for modern Man to take much interest in those curiosities.

Interestingly, what was truly historic that began in that Roman period did not really emerge as earth-shattering in the secular sense for another 1600 years, was that an alternative to that self-destructive king system begun by the Egyptians and continued during the Roman era, was quietly begun in Roman territory…only almost invisibly, for no one noticed its significance for a very long time. It began with a single Man, then Twelve, then 120, then, through them, one person at a time, for over 300 years, before anyone took notice of what they had built. No one knew they had spread across the known world until a Roman emperor (Constantine) took them under his protective wing (they were being routinely executed by Romans much of those 300 years). Constantine called a giant synod in 323 AD, inviting 1800 bishops in the east and west (300 showed up) which formed a corporate church (from which came both good and bad things) and in due course, a state religion, which arguably, proven by Natural Law, is always a bad thing.

That secular earth-shattering event that occurred 1600 years after that Single Event in the Roman province of Judaea, was the founding of the first of many colonies along the eastern shoreline of North America, beginning with the one at Jamestown, Virginia, in 1607.

America is now past its 400th year, and it was created in the exact opposite manner as were all the other civilizations of history….from the bottom up instead of the top down…with, we can at least debate, the intention of providing a blueprint whereby the majority of its members would have the final say in what their government(s) could and could not do. The idea was that a free society, unlike a ruling clique, would not jeopardize its survival to go off chasing rainbows that enriched or empowered only a few. Moreover, a free society has the inner wherewithal to use the rules of survival in the “pursuit of life, liberty and happiness”, without the “permission of State” (as it explained to me by some Soviet professors in 1991. I was the only time I’ve ever seen a roomful of grown men cry. I called that the “American Theology” moment.)

A totally different body of “natural law” was invoked in the creation of America that had likely been erased by the rising of kings between 5000 BC and 3000 BC.

What that means is that America has (had) always wired into its system a process of self-correction. Historians have called them “awakenings” and they were spontaneous events in which American civilization paused and reset its course without benefit of government. These awakenings bore moral and survival properties belonging solely to the people, especially since most were religious in nature…again, which no other nation can claim as turning points in their own histories.

…high among the targets that our Civil War’s outcome was the consequence of just such an unplanned “awakening”, as when six million young men under the age of 20 left their warm beds and farmsteads all across the rural northeast and midwest, and volunteered in the Army in order to rescue a people not one of them had ever seen in the flesh. And six-hundred thousand of them died…all because village preachers had chastised against slavery from their pulpits for two generations…only the new “woke” America could never permit this fact to be revealed or taught.

So, the question today comes down to whether America should join the rest of the world, after 400 years of truancy, and also become a pursuer of the law-and-order of kings, just like the rest of them.

And in doing so, should America accept all that Nature has revealed about how it has handled kings for the past 5000 years…after having rejected it for so long, knowing that we too will end in the ash heap of history if we follow that path?

So, about Natural Law, the laws of kings vis a vis the herd, the rules have been fixed since the beginning, and God, according to the written legends of the Hebrews, insinuated Himself into this process almost 2000 years after the first pyramid was built in Egypt…when the prophet Samuel came to God and told Him the Israelites wanted to dump that whole “democracy thing” He’d established with Joshua and the Judges when they first came into the Promised Land 350 years earlier, after 400 years as slaves in Egypt.

Instead of saying “No” God simply told Samuel to give a list of all the things they’d be giving up if they gave their power over to a king, then let them decide. Which they did…unwisely.

I know some people still wish God had flatly said “No”, but His response was consistent with the “ruling” He’d made after Adam and Eve’s disobedience about the fruit of the Tree of Knowledge; that having tasted the knowledge of Good and Evil they and their children would forever have to choose between those two options.

God knew where top-down government would always take a society, and this was why, when He sent His Son, it was not to rescue the Herd, the Corporation, the Empire, but to build a new herd managed by Law of  the individual soul. It would take another 1600 years of trial and error before God could then find a workable laboratory and willing participants to try to create a more workable model than the “Judges-model” of Samuel’s day. But for over 400 years it worked, with several self-purgings of errant ways, simply by using that high colonic the people prescribed to themselves through their founding documents.

You can sort these notions out any way you want, or even dismiss them and all that religious stuff out of hand, still the facts of History remain.

And perhaps people like Tucker Carlson and Jordan Peterson should remind folks in a more secular way of how Natural Law plays in the social and moral conditioning of every society since it first walked out of the Dark and into the light of organized society.

Note: How and why that solution worked itself onto these shores, taking almost three millennia, was recently laid out by an old friend (now blind), David Poff, in Unwashed Philosophy; A User’s Guide for Our Imperfect Union, (available in paperback at Amazon), and to which I contributed a couple of chapters. No one tells this story better. Or simpler.

The book traces that “thin red line” from Abraham, thence to Egypt (about which I will write separately), then out again, to the Promised Land. and the Judges. But with the life of Christ a thousand years later, that decision by God to separate the individual’s personal fate from the fate of a governmental tyranny, created that 1600 year “laboratory” process that finally allowed individual Christians to craft a model of governance that would allow the majority of “good” people to design their own government, and manage it, with a built-in renewal gene which has only recently come under attack in the culture-at-large.

I’ll stop here, because there is much to discuss on this subject, just know that Nature’s rule book was always easy to read and understand. Only it is now under heavy assault. Look in my “Natural Law” and “How Things Work” sections about future posts, all pointed toward this rather simple dichotomy between the Law as created by the Herd and the Laws of the Soul, and the “man known only to himself”.

I’ll speak of it often. But first, read Dave’s book