The Great Reset & The Fall Of The Sovereign Individual 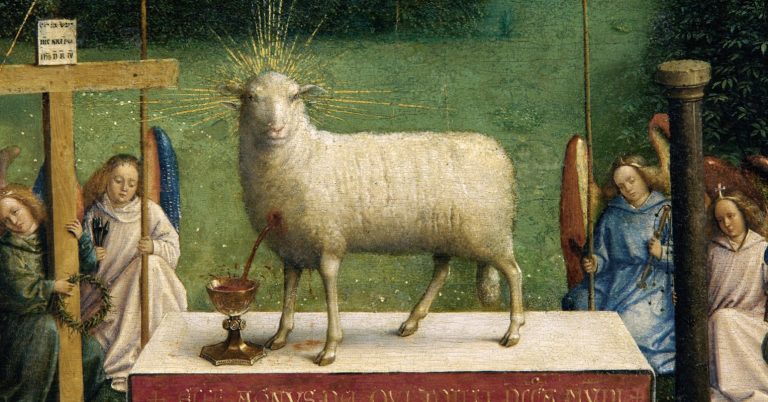 We talked at great length in our book, “Unwashed Philosophy: A User’s Guide For Our Imperfect Union”, about the so-called “sovereign individual” and the negative effects the outside influences of both collectivism as well as nihilism ultimately have on the Sovereign’s ability to live a free and unfettered self-determinant life. We suggested, using a three-legged barstool analogy, that:

“[L]ike the three-legged bar stool, our political faith triad can only work so long as excess weight is not shifted very far to any one side or the other, and will completely topple over if any attempts to dramatically change are made too quickly. In other words, sufficient support is readily maintained only so long as the fundamental physics of the design is not violated.”

Keeping this in mind, and considering the competing messages between the two presidential candidates in the 2020 election, let’s begin our discussion here by reminding readers that the general election was really about nothing more than asking voters to choose between putting “America First” and ceding control over the entire planet to an authoritarian symbiotic autocracy comprised of a handful of rich globalist Elites.

For their part, the Global collectivists made no secret of their intentions – with the message “Global Reset – and have conducted themselves accordingly since being granted the power in which they so heavily invested and from which they are now receiving unimaginable dividends. It cannot be ignored, however, that the great profit gained by the Elite “few” inevitably comes at the expense of the lower classes of the “many” who are made to pay for that wealth with both blood and treasure.

Even the least-informed among us are well enough aware of the loss of life in Afghanistan in recent days to appreciate the extent to which America allowed itself to be humiliated by the very people we spent 20 years trying to conquer at the cost of many billions of dollars and thousands of American lives. This was not an accident, nor was it simply the result of epic incompetence on the part of a great many unqualified people that should never have held high positions of authority in the American government. What many people may not be aware of is the extent to which this American collapse is only the first of what will be many more defeats for our country in the decades ahead, along with the greater profits that will be realized by those that have been investing in our national defeat for many years.

It is highly unlikely that America will continue down the path of failing or, at the very least questionable, military conflicts around the globe. These sorts of “adventures” are never sure bets for chicken hawk war investors and present far too much financial risk than, say, dumping a bunch of money into a “sure bet stock” (otherwise known as developing-nation) where its citizenry is made to take a knee and put out a hand for scraps from their Master’s table. And that’s what this Global reset is really all about; spreading around the wealth amongst and between the world’s richest – each investing in the other’s pursuits – and then dividing up the spoils seized from the conquered and shared between the conquerors.

It is important for readers to recognize the leverage being put together by the globalist elites that will underpin efforts to dissipate America’s Supremacy on the national scene. This leverage comes by way of the artificial migration crisis that was set into motion, intentionally, by the globalists in order to displace millions of people, thereby disorienting them and making it easier to subjugate them and bend them to the will of the national leaders of the nation to which they would emigrate. This may sound a bit like a conspiracy theory, and to a certain extent it is, but if you make it easy enough to move people around the planet and put them in strange countries with strange languages and customs, the natural result is the destruction of national cohesion and the institution of a rapidly evolving system of tribalism which, everywhere it has been tried across the course of human history, is nothing more then the implementation of Caesar’s “Divide et impera” (divide and conquer) method of governance on a global scale.

It should go without saying, but I’ll say it anyway… the other effect this has on a nation and its people is a dramatic rise in the degree of dependence these newly-established collections of “tribes” will have on the cash-filled outstretched hands of the governments on which they will now wholly depend for survival. All that will be asked of them in return, in the name of keeping up the appearances of a “democratically representative Nation, will be their vote in perpetuity in order to make it appear as such.

Just as it was in the generation after Jacob (Israel) died and the children of Israel were eventually subjugated and cast into slavery by Pharaoh, the American people and the growing number of Millions of people around the world are in many ways right back where we all started five thousand years ago. Like a snake slithering back and forth across the dividing line between the wilderness and the Promised Land, civilization as we know it is up for grabs; if the great reset is allowed to take root and spread, bringing the sovereign individual to its knees once more, it will take generations – at the expense of many lives – before the next war can be waged successfully in order to regain the freedoms, liberties, and rights to self-determination we have deposed Kings and Nations for in the past.

Righteous indignation… The refusal to be enslaved… On the part of the sovereign individual is the only thing that stands in the way of returning to centuries of corrupt Kings and self-indulgent Parliaments, all of whom suffer from terminal cases of vanity and self-indulgence, and we are running out of time.