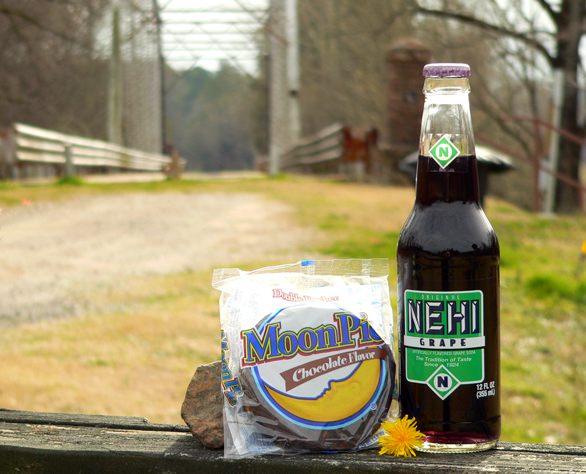 This is one of my “Famous Common People I have Known” series.

Every Thanksgiving the women of our church fixed about a dozen baskets of food for families that didn’t have much. In as we were a mining town, everyone had a good job, so the ladies always set their sights on the little outlying hillside settlements near the next town down the track.

I was 12 when my mother told my brother and me to come help her carry baskets. We met another lady at the church who was more sure-footed than Mom and drove a Hudson Hornet. We drove a few miles, then followed a dirt road straight up a deep gully to two houses with fences.

Mom chose the “widow woman’s” house on the high side of  the gully. Built on a steep hillside of about 30%, the house had a high front porch, so chickens and pigs could roosts underneath in bad weather. As soon as we got out of the car, everywhere dogs started barking. The house was another sixty-feet nearly straight up from the gate, and my mother told my brother and me to stay there by the gate. As she started up the hill, a big dog, a BIG dog, came out on the porch, snarling and growling. The front porch light came on, and a grey old woman walked out onto the porch, cradling a double barrel shotgun.

“We’re from the church and wanted to bring you some food for Thanksgiving”.

The lady pulled back one hammer on the shotgun and yelled down, “You git on out of here. We’re fine. We don’t need no charity. Go find someone else who does.”

Without any argument, Mom turned and we went back to the car.

There’s a postscript to this story, for on my graduation night, my girl friend and I, and two other couples (yep, you could seat 6 comfortably in my dad’s Ford Fairlane) were out and about and one of the girls said. “Let’s go get our fortune read, I know a place.” So at about 10 PM we went traipsing up that same dirt road I’d walked with my mother five or six years earlier. We opened the gate and a big dog, a BIG dog, came out snarling and growling and an old bent woman came out on the porch, cradling a double barrel shotgun.

“We came to have our fortunes read, Mizz Ramsey”, the girl yelled.

‘Come on up”, then she turned and walked back inside, the hound from hell lumbering right in behind her.

Going in, we all sat down, and the old crone went over to a pot belly stove and pulled off a speckled enamel tea pot, emptied the brew into a pot in the sink, put it back on the stove, then came over and poured out the tea leaves onto a dinner plate at the kitchen table. Looking at each of us, she shook the plate then read the tea leaves. Looking at me, she said, “You won’t amount to much,” then on down the line. She assured the girls they’d never end up with any of us boys. (Large “Whew’s” heard round the room.)

She was known as the Witch Ramsay to folks thereabouts, and we each gave her five bucks. Seems the widow woman Ramsey did have a means of support after all.

Lige Sears (real name Elijah) was in my sister’s graduating class (1960). He was one of those kids profiled early as not having any interest or prospects in pursuing a career in math, science, or literature, so in the 9th Grade they put him into Shop, where he would spend half a day, every day until graduation, learning, as they say, the tools of the trade.

Col Moore had been a real colonel in WWII, where he did exactly what he did in Shop, teach recruits about tools, mechanics and carpentry. He was a master at it, and ran Shop like a prison, promoting better students to the rank of Trustee. By sophomore year Lige could run the carpentry section all alone, and through that, a lot of practical math he would never have learned in a classroom. (A point worthy to pause and reflect about, but not the point of my story here.)

Now, being in Shop carries a certain social stigma in some parts of even a small mountain community. Lige dated a daughter of management, and our next door neighbor, a majorette named Sandra. And my sister, a cheerleader, liked them both. But her parents didn’t like the relationship one bit. So my sister and dad had several rows about it, until she left for college in 1960 and Lige left for a job in Detroit, then sometime later came back to take Sandra back to Detroit.

I never saw them again.

I’m telling this Lige story here primarily because of the joke my dad liked to tell about Lige, on account he didn’t think he was too bright, and not fit to carry away a treasure next door, such as the strawberry blonde, Sandra. According to Dad, Lige got a letter from his older brother in Detroit, saying “Lige, get on up here. The money is so easy it’s falling off the trees.”

So Lige hopped the first bus to Detroit, arriving 24 hours later with two twenties and a map to his brother’s house pinned inside his jacket. When he got to Detroit, he walked outside the station, looked at the map to get his bearings, started walking… when, right in front of him, on the ground, lay a ten dollar bill.

According to Dad, “Lige bent over to pick the bill up, then stopped and stood up, saying:

‘I’ll pick you up tomorrow. I’m not working my first day in Detroit.”

Lige and Sandra did get married and he became a master mechanic with Chrysler for many years, so I guess my sister got the last laugh.

Now there’s a point to those two stories. One is about independence, which is native to the people of Appalachia. It has also been their downfall. The other is about the wisdom of moving on to greener pastures.

The larger lessons are that nothing is ever free, so never trust the government when they offer it.

I left the mountains in 1964, and never really went back, although I visited family until my dad retired to Arizona. But when I did Dad was always commenting about the change in mountain culture because of the “war of Poverty,” which began with the 1960 presidential campaign. For a visual, try to recall those north Georgia hill folk at the beginning of “Deliverance” (1972). They really existed for almost a generation after JFK.

That’s all gone now, and Dad lamented their passing, since he was born there in 1921. Sure there was real poverty, as John Fetterman tried to showcase in his book Stinking Creek (1967) but it was largely a lie, speaking nothing about the real culture, but rather describing people as captive to capitalism’s degradation, when in fact most of them preceded capitalism by a hundred years. All he saw was the dirt-rimmed mouths and projected that to an entire culture.

While mountaineers appeared impoverished, many were mostly just dilitary (sic); i.e, no running water. If you’ve spent days on end in the wilderness you know just how inconvenient bathing is. But no worse than the average European on Thursday. Hag Ramsay lived in a community of about 15 homes in a single hollow and all of them were independently employed…some growing vegetables, others raising meat, others trapping and hunting and skinning. Hag Ramsay the witch, consulted her tea leaves and other signs and told them what days were the best to plant. They were self-sustained and hired themselves out to no one. Just as Arab camel drivers, this was central to their identity, independent contractors, while women from the town, and my church, could afford to pity them for it.

I’ve seen despair in other parts of the world, and there is no despair worse than to have lost some precious thing and not know how to get it back. That’s what you can see in today’s inner cities, Appalachia, and our Indian reservations…the crushing of dignity, but with just a glimmer of memory as to what it was like once upon a time to have had it.

Fetterman’s book helped speed that alpng, not eradicate it, all because he couldn’t tell the difference between good hygiene and culture.

My dad described it this way…”Nehi and Moon pies. When the hill folks found out they could get Nehi and moon pies free, and not have to do a thing to get it except sign up, they figured they were getting one over on the government big time.”

It was partly true, too, for no one went up in those hollows to force those folks out. They just let them die there, knowing they had their kids. As soon as they would die, their children would inherit the “culture of the check,” but not the freedom and independence. They came down to join the settlements in droves, just to be fed and housed.  They were just free enough to say “No” to employment, but not free enough to say “No” to those checks.

And in a place where clan is everything, and moving away desertion, they were locked in.

Now that’s impoverishment of the spirit.

On the other hand, Lige Sears and the coal community migrated into the hills long after the real hill folks had first settled there. Their roots weren’t buried deep there. But what was engrained in the coal culture, the miners and their children, was to get out as fast as you can. Lige got out.

The Appalachian mountain people were a lot like the Amish, independent and intentionally apart, only they were a lot more grimey, and a lot, lot meaner. I suspect it was those dirt-rimmed mouths that caught the liberals’ eye.