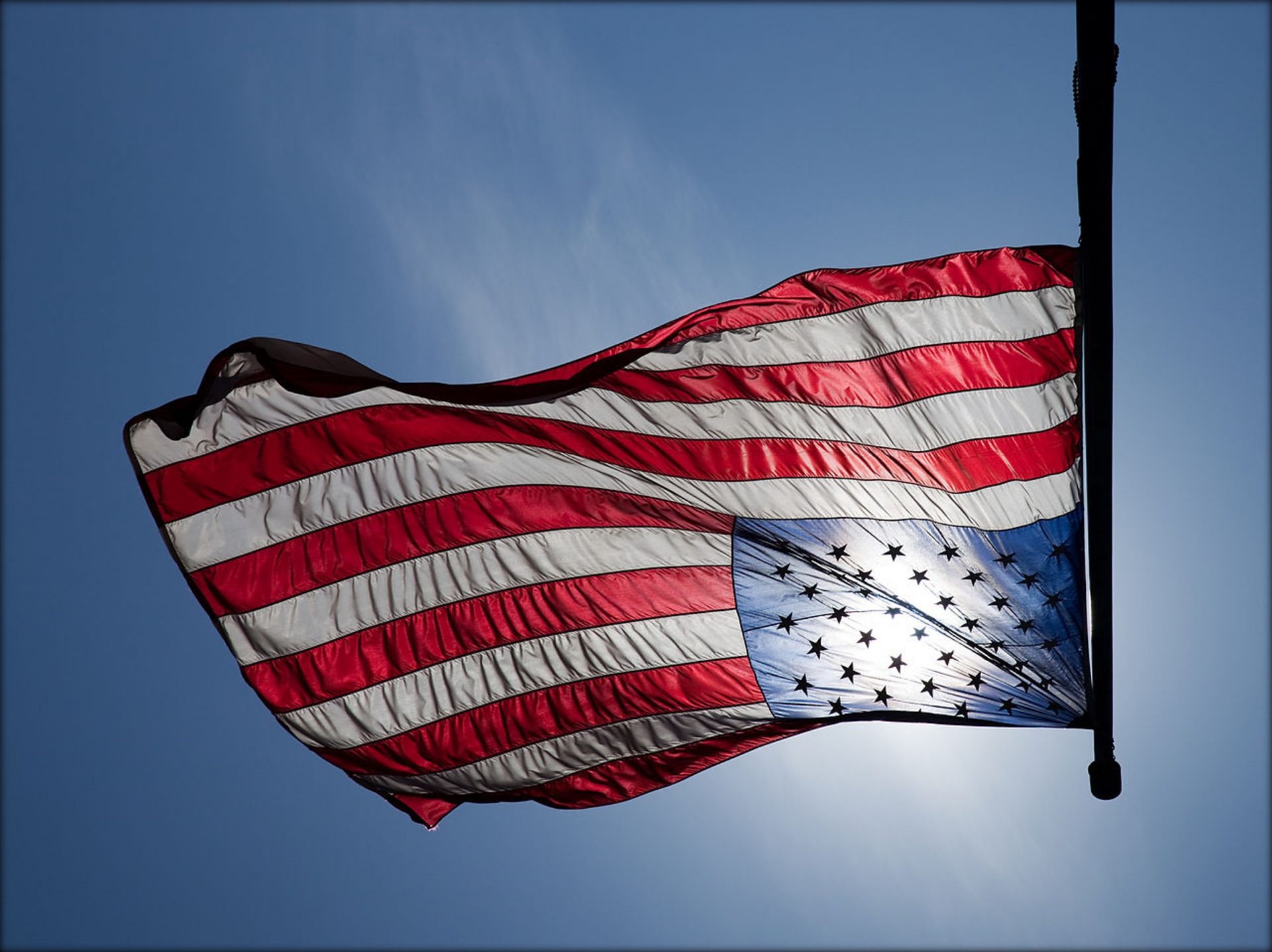 The best measure of a nation’s value and worth consists of two primary elements; the benefit it serves the global community and the investment it makes in the quality of life for the people of which it is comprised. It is reasonable to assert the better a nation performs the latter of these measures, the more likely it is to well-conduct the business of the former. Until recently, at least, it could be said that America had surpassed all other nations in history in successfully achieving each of these parameters.

The Founding Fathers, for their part, asserted their “decent respect to the opinions of mankind” in the opening paragraph of the Declaration of Independence. More importantly, they affirmed the necessary delineation between the powers of government over the people and the rights endowed upon the people by a power much greater than government; their Creator. Listing the core of these rights – life, liberty, and the pursuit of happiness – the Founders effectively affirmed that each of these was necessary for families to come together, thrive, and survive. It is no small thing to point out that the only way a nation can survive and thrive is if it provides an environment in which the people living in, and serving it, are likewise able to survive and thrive. This can only occur and be sustained, where families can be freely established and left to pursue their own lives, liberties, and, respective “flavors” of happiness.

Humankind has been around for 300,000 years and has endured much over the course of those three thousand centuries. There has been famine and plague, war, death and disease, environmental calamity, societal collapse, and cultural annihilation. And throughout each of these, there remains one fundamental constituent reality that continues unabated; It can only be from the productive and cohesive family unit that any Nation, great or small, could ever arise, and it has been, through the loss of that cohesion, that every nation has met its ultimate demise.

It is worth investing a paragraph or two in understanding this notion of a “cohesive family unit”, in general terms, before putting it in the larger context of the American nation and the depth of its foundation in the “idea” of the family construct and its relationship with both Human Nature and civilized societies. I suggest as much because the founding fathers, themselves, came from civilized family units, and many of these men were born and raised in America at a time when it was ruled by a King that held this land in no greater regard than as a possession from which to plunder and profit.

With the early settlers having arrived more than 150 years prior to the Declaration of Independence, much of the hard work that goes into establishing a presence, raising and extending families, along with coming together in small, close-knit communities in order to attend to matters of mutual import had already been done, having enjoyed a century and a half of relative success with minimal interference from the King and Parliament on the other side of the ocean.

Left to their own devices, families were free to raise and educate their children according to their principles and beliefs, consistent with their commitment to a self-determinate life; they learned how to work the fields, build and repair things, harvest crops, and tend to the livestock, all while being made to understand the importance of serving their family and their larger community and being a good steward and productive member of society. In other words, as the nation grew in size and population, the more it began to consider itself a nation of families working toward the larger common goal of being a free and independent people.

Such was the state of the American Nation the founders grew up in, were raised to consider normal, and came to believe was the way in which a people should live. But it would come to pass that the King and Parliament, with impunity in total disregard for what the colonies had accomplished, set about enacting a series of policies and proclamations against which the Colonies had insufficient political representation to resist. For a number of years, the colonies put up with the rising levels of oppression, but once British soldiers embarked on the use of violence against the few, the many had little recourse but to rise up, resist, and defend their families and their Nation.

During the eight years that the Revolutionary War was being fought much effort was being put into drafting what would become our Constitution. History tells us this was a lengthy process, with much “vigorous” debate and extensive reflection which makes sense when you consider it took eight years to develop. It is worth noting that the proof of this assertion is embedded in the Declaration of Independence itself, where the observation is made regarding the need for “prudence” in attending to the matter of having decided to “dissolve the political bands which have connected them with another”. It is worth noting that spending eight years stitching together new political bands to connect the New American leadership and the citizenry together with each other exemplifies the prudence invested in that process. And it would be the Bill of Rights, every bit as pragmatic as it was prudent, that would ultimately seal that deal.

The framers of the Constitution and Bill of Rights, with their combined wisdom, experience, and extensive education (along with a deep respect for Human Nature) took into consideration everything they knew about the many and varied reasons Dynasties and Empires had risen and fallen over the course of human history. As well, looking back over the history of the Tyranny and oppression inflicted on the colonies under the iron-fisted rule of the King and his Parliament, they determined to put in place such a government and a nation that would be, with great effort and determination, protected against everything that failed Dynasties of the past had never been able to prevent or overcome.

It is my contention that, even with the Civil War nearly a century later, America remained a more or less nation of families, with feuds and squabbles throughout the generations of course, but always able to make amends, heal, and move forward, as one large family “unit”, always striving toward that common goal of becoming a more perfect union. But this National Dynamic began to tatter, ever so slightly, not long after the end of the Second World War.

Today’s leadership class in America is comprised of the children and grandchildren of that post-war generation. They have benefited from all that was gained as a result of winning that war. They enjoy dramatically increased economic freedom, greater access to schools of Higher Learning, and significant improvements in technological ingenuity that has given rise to tremendous gains in infrastructure, manufacturing, productivity & automation, and general mobility.

They enjoy access to greater wealth, career opportunities, and alternate lifestyle choices than any other generation that preceded them. In other words, they have far better qualities of life than any generation that preceded theirs. And yet, with all that has been handed down to them, the leaders of our national family have determined that ours is a nation so poorly designed and constructed that it must be burned to the ground and raised anew as one powered by silencing the voices of dissent, constraining the freedoms of the opposition, and crushing the lives and livelihoods of the non-compliant. Perhaps worst of all, by their policies and their actions they have exhibited a great disdain for huge swaths of the population and a total disregard for any degradation in the quality of many peoples’ lives. Like the King and Parliament of 1775, today’s leadership class seems to consider The American Nation in no greater regard than as a possession from which to plunder and profit.

We are, at present, effectively right back where we started in 1775, except the dynamic of the Revolt percolating throughout the American Nation has dramatically shifted. Where we once rose up against a despotic King & his corrupt Parliament, we are now defending against the Rebellion of a corrupt President and his corrupt legislature that has turned against the people that put them in power: us.

To frame the current state of American affairs as some sort of a Civil War doesn’t capture the immensity or severity of the crisis before our national family. The Civil War elements taking place around the country have been hard at work for several years now, in places such as Portland Oregon, Seattle Washington, Chicago Illinois, Minneapolis Minnesota, New York City New York, Philadelphia Pennsylvania, Washington DC, and so forth and so on Ad nauseam, wherever the ruling class has allowed crime to run rampant and unpunished. While these engagements are amongst and between local residents and innocent civilians, the revolt against the American people at large is being conducted in the nation’s capital, inside the halls of what has become a corrupt “Parliament” of the new age.

Today’s ruling class, so irrevocably corrupted by power and outside financial influence, has become a plague and a pestilence that has infected every facet of the American system of governance. It has driven down the quality of our collective lives, allowed death and disease to run rampant through the population, shredded the fabric of our society into tattered pieces, facilitated war between the people, and brought the national family to the brink of societal collapse and total cultural annihilation. And as it is written in the Book of Matthew, “Every kingdom divided against itself is brought to desolation; and every city or house divided against itself shall not stand.”

Our war to be free of the King and Parliament gave us the Constitution and Bill of Rights which, together, have been under attack since the days of Lincoln. These have been weaponized against us and used to invent Rights and Freedoms that were never codified in the Constitution. Those that have abused their power and usurped our rights over the years believe that if we, the people, take back our rights and freedoms it will spell the end of Democracy, but taking them back, even if by force, will be the only way to save our Nation.