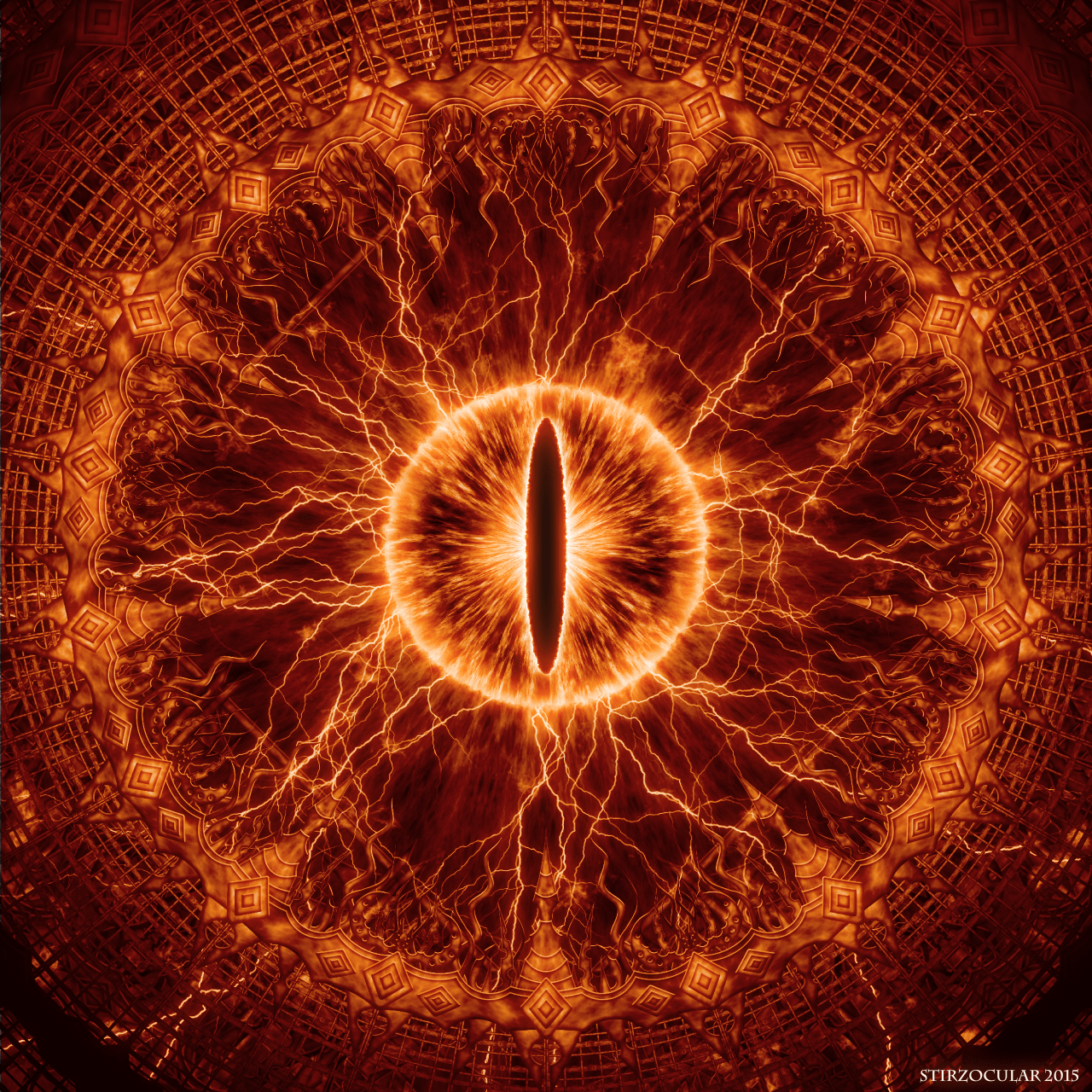 The prevailing thinking since around 1960 has been that ordinary people, of ordinary education and skills, are no longer qualified to be a part of the management of world affairs, at virtually every level. It’s too complicated, sophisticated, or just too beneath our pay scale.

Actually, the old world-order thinking, going back centuries before America was born, is that ordinary people would never have been allowed in the first place. That’s why America has always been the world’s red-headed stepchild, it’s bastard son, for America was born and reared by those very same bottom-dwellers, from the forge of poverty, only armed with virtues the world felt it could get along without as they managed from the top for well over 2000 years. America set out on its own, and, as you can tell, (if you’ve read any “contemporary” American history written before 1980) America has done all right for itself…all from the bottom of first Europe’s, then Asia and Africa’s apple-barrels.

The formula: What America possessed that the rest of the world’s ruling elites did not possess, nor wanted their masses to ever be able to fully grasp, is that the complex nature of managing both government and economies is only successful if the fundamental foundations of the society are based on the general laws of reciprocity (the Golden Rule) and the Decalogue (Ten Commandments), which order how man lives with his neighbor at the bottom, not only the top. (You’ll find this laid out in easy-to-read layman’s language by myself and David M Poff, at Unwashed Philosophy: A User’s Guide for Our Imperfect Union,at Amazon and soon to come out in a new edition.)

Within the Golden Rule and Decalogue, a few words actually, are found the keys to both human survival and prosperity into perpetuity, an eternal period that extends far beyond a mere family dynasty…but only so long as their man-made governments set out as their sole purpose to protect the formula of the vast majority of the people as they pursue “life, liberty, happiness and property” without the permission of those same government(s). Or these days, a world government.

This includes building economies, as I set out in Part IV, which leaps the light fantastic from fable and myth to hard-rock fact.

Ever since whispers of this new social order went out in 1787 the collective “world” and joined in trying to restrict information of how the liberating American system worked from ever reaching their people, while at the same time trying to steal from our social and economic models ways of doing things that they could remodel then insert into their own economies and institutions that may placate their people without ever actually surrendering control over them.

Their greatest assets were always 1) social envy, “to be sophisticated like the French or Europeans” and 2) the greed of our political class, which really only began once the Americans could tax income, in 1913.

I talk about a lot of things on this site, and you will find most of what I am talking about here at three Categories: “How Things Work”, “Natural Law”, and “American Exceptionalism”. (There’s an interesting book in there somewhere, just don’t let Glenn Beck claim it as his own).

But not being European I have no first-hand experience with First World Europe’s working class thinking; only their histories. I do have a sense of what appealed most to Karl Marx’s darker nature about the evils of capitalism, and which was not as described morally by Adam Smith (discussed in Part IV) and I’ve had the benefit of being close, over months and years, with First World Japanese, Second/Third World Chinese and Second World Soviet Russia, Ukraine and Balkan thinking on the subject and can make some comparisons with how their management cultures have looked upon the low and middle classes of their nascent “free market” systems.

What none of them have is the American free market system’s history or substance  to measure it against.

If you are under 40, perhaps even 50, you may not agree with this proposition….even if you believe in the sanctity of the Constitution and are generally religious. And if you are under 40, and the least bit tech-savvy about that little mechanical piece grafted to your hand, and you have seen on various media sites mention of “great resets”, naturally you believe it is technology related as once Robber Barons considered it natural resources-based.

Great Resets have been the purpose of my past two pieces (posted here)…to demonstrate that “great resets” are of great antiquity, and having nothing to do with even the most ancient of technologies, for instance the plow (which is still employed to put food on your table), but more in ways of seeing things, including reality.

I’ve tried to demonstrate that “great resets” are part of even the most normal life.

It is true, world financial leaders have gathered at their round table in Davos and called for a “Great Reset”, (this fine presentation by Michael Rectenwald to Hillsdale College in 2020 serving as a preface for this series) and in light of what we know about “great resets” in the most common of human affairs, beginning at the earliest of times, why modern persons of wealth and influence would deign to use such pedestrian nomenclature today, carrying no intellectual weight at all, is something of a mystery to me…unless of course these modern masters of corporate management systems have no idea, and have given no thought to just how a society of kings could design and build the Pyramids (plural) of without so much as a master architectural plan or a sophisticated work plan to manage the thousands of laborers who chiseled those stones from quarries miles away, then transported them those many miles, then raised them one level at a time… this last act, no engineering theory has yet been able to arrive at with any “scientific” consensus as to determine how they might have done that without heavy equipment. Scientific theories about the ancient Egyptians are as fantastical as the myths of the Nazca Lines in Peru or the giant statues on Easter Island.

In fact, the only consensus Science can agree on is that every oral legend, beginning with the Biblical Flood (the First Great Reset) that attributes these deeds “to the gods”, are undeniably false. Unproven. No evidence….except of course the flood(s) themselves, as there were more than one.

Now, much of the sneering arrogance of certainty about the falsity of “legend” actually arrived on the heels of Charles Darwin, out of no fault of his own, and who had theorized about the origins of Man. But while many of Darwin’s theories have been accepted in Science, the general theory that Man evolved from apes and them from lower orders, is still “just a theory”. (Sorry, folks.) Every serious scientist in every field could have told you that as late at 1992, when I last spoke with a university naturalist. Even then they just couldn’t say “Darwin is a theory” out loud if they valued their tenure and their ability to fund research. (Important read here, about Philip Johnson’s Darwin on Trial, 1991.)

Some of this wasn’t Darwin’s fault, for he was “discovered” by some Fabian Socialists (the precursors to the British Labor Party) snotty, down-the-nose, mostly atheist elitists not unlike who we see daily in social media (Bill Kristol comes to mind), popular names like George Bernard Shaw, H G Wells and others. Many had a personal distaste for the Church of England (which I sympathize with, only for other reasons) especially its Biblical dating of world history by Bishop Ussher, who established in the 1600s that the Earth was created at “around 6 pm on 22 October 4004 BC.” and their penchant for rubbing the “fact” in the faces of even believers who were rightly skeptical. (You’re seeing a repeat of this sort of confrontation between Medical Science, the several medical science bureaucracies and people of ordinary common sense…magnified by those of common sense who actually can translate an ordinary statistical report, and tell a lie from a mistake, or a horse from a mule.) Because of the vaunted arrogance of the C of E clergy in general even in the 1600s,  it became a laughingstock to English socialists 250 years later. So they embraced Darwin especially as a populist marketing way to slap the Church of England (and God) in the face and at possibly the worst time, since, with two world wars staring England’s future in the face, God was shuffled to a corner vestry of their religious world. And as soon as the Second War was over, the Labour Party took power, giving Churchill the boot, and now, 75 years later, England, the sole holdout for God in Europe, until the East Europeans were readmitted in 1993, has been generally the loser in its race to find a moral God-based religion that could bind the nation.

Although GK Chesterton, a Catholic, liked Shaw, my own personal belief is that George Bernard Shaw was England’s Saul Alinsky, leaving America in a contest to see if our bond with God is stronger than was England’s.

The purpose of this series was to acquaint the under-1000 word band of readers about the general decay in civilization when unprovable facts and truths can be presented a truths without evidence.

In Part IV, we will discuss the manner in which corporate management theory (and its genesis in America) is being changed to recreate that very same scenario that the Fabians used to unseat God in England. Science, Natural Law and Adam Smith are still in our corner.