How Things Work According to Natural Law: An Introduction 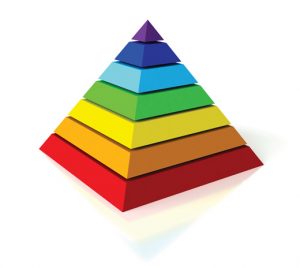 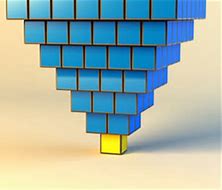 When a person is born into this world he/she are beneficiaries of all that has been added to the world from before he/she was born. ALL THINGS.  Even the child born in the remotest area of Amazonas, the Himalayas, or Saharan Africa is affected by the fact that someone just a hundred miles away has access to hot and cold running water,

That is their natural inheritance just by being human. They did not do a single thing to justify this gift. Just be born.

Now, there are two ways to look at this, and I’ll let you decide where this newborn is found on the pyramid, at the very bottom or the very top. A different viewpoint of the same event is presented…allowing you to choose.

My purpose here isn’t in choosing one or the other, but to simply state that, in either case Nature is still in charge, so the most sophisticated of scholarly thinking, compared to the most ordinary homespun common sense won’t matter in the end, so long as you can understand that Nature indeed always does decide in the end.

Most people will look at a new-born as falling into one of two categories: of a brand-new-person falling into a world in which he/she is the beneficiary of the accumulated physical world over centuries, just sitting out there to be plucked, like cherries off a tree, while the second view is of a brand new person totally is a blank slate, absent any knowledge, who must relearn every core aspect of that physical world all over again.

These are both “states of being”, one physical and the other internal, perhaps philosophical, perhaps emotional or psychological, each supposedly with constraints that tell one when he/she has plucked and eaten too many cherries.

In the end Nature will decide the outcome.

Man’s survival duty is to figure out which wins out in the end.

Therefore Nature doesn’t have to express an opinion in this matter. It speaks in other ways. It is for every generation, each with a memory usually of two more,  to decide early on whether that new child will see the world around him/her much like a candy store, or will teach it discernment based on all those things on whose shoulders he/she stands, to select according to his/her abilities, good sense and needs.

Nature only issues warning signals; then eventually a decision, judging a final outcome for sorts of conduct once that blank slate begins to act on its accumulated information (aka “knowledge”). But Nature doesn’t judge the individual, just the systems that Man has created.

So you can define those pyramid tiers any way you wish, from smoke-signals-to-telegraph-to-cell phones, or just “family generations” or “eras”. Families and some nations call these “the shoulders people stand on”, or “the family tree”, and every society in history has had a way of remembering them; in song, legend, the family Bible, or, of late, registries that can be found down at the county court house. (When I visited Russia in 1991 I learned that every family’s record there, prior to 1921 that had been kept at their “county court house” had been erased…to officiially announce the ending of the old era and beginning of the new. Only country folk had been able to take their family Bible and other religious relics, and bury them out behind the barn. By 1992 very few people in Russia could trace their family beyond great-great-grandad, and most of those were Communist Party members, who made up about 25% of the total population. Call it a perquisite of membership.)

Like every other animal, Nature favors people who know How Things Work more than those who don’t. Some modern scientists call this “survival-enhancing” knowledge. And, of course, the opposite side of that equation is “survival-endangering” knowledge, with a lot of stuff in the middle that is survival-neutral, like apple pie. I could have substituted “behavior” instead of “knowledge” but chose the latter term intentionally to point out that being smart or bright, or even super-bright, does not change Nature’s basic formula for survival. Some of the most dangerous people, in Nature’s eyes, are the super-smart, super-talented, (just to include wealthy athletes into the frame) and the super-wealthy. 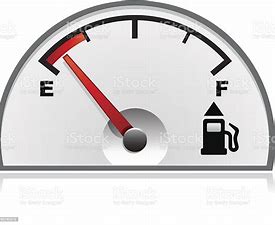 (I have different meanings of “E” and “F”, but will let you figure that out as we go along.)

When I was a kid growing up in the 50s I knew how lawnmowers worked because that was how I earned my spending money, at $2.50 a yard. I knew how to check the oil, using a popsicle stick to dip it, and how to remove the blades and sharpen them with a file. I also knew  never to cut anyone’s grass on Sunday as that was a day of quiet, whether people went to church or not. When I was 16 I learned how a ’51 GMC pickup worked, involving a key-and-ignition switch and clutch, and a gear-shift attached to the steering column. I also knew how to check the oil under the hood and the water in the radiator.

But that was as far as I got with How Things Work in automobiles. All I needed was just the basics. I wasn’t turned that way while Luther Brock, the fat-kid on the second row in my 1st Grade school photo, a shy, uninterested C-student who daydreamed his way through school, longing for the day he could take over his dad’s car repair shop, which he did as soon as he could get out of that dumb school. I feature Luther in a “Famous Common People I Have Known” piece, for after the mines closed his little repair shop had a monopoly on car repairs for about 8000 people up and down that creek valley. He knew how every internal combustion engine from 1946 to 1968 worked, and was well paid for his skills, while caring absolutely nothing about Civics or politics. Or the internet.

Still, Nature counted him as one of the winning stockholders in the survival game of civilizations. 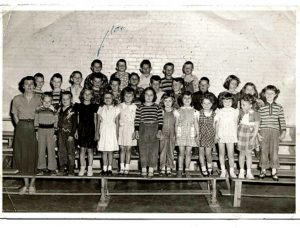 The reason I use those two pyramids is to note that there are basically two types of people who take note of people’s behavior. So while Nature appears to be largely agnostic about how people think individually, it actually begins noticing once that needle starts getting into either danger zone, “E” or “F”. Some would look upon the 2021 new born as being the beneficiary of all those wondrous things that had happened before Baby Charlie or Baby Agnes were born, so that their lives could be immeasurably enhanced. But others might portray that full platter with the inverted pyramid, as being too full. Lil Charlie or Agnes with those centuries of discoveries and inventions just poured over them like syrup on pancakes, has everything to choose from without ever knowing a wise choice is still  involved about how to use them. Discernment. There are dangers inherent in being born into a “Full” world.

The other pyramid would describe Charlie and Agnes by their minds being a “blank slate”, with all those miraculous things that had occurred totally unknown to their minds, and therefore of no consequence to how they lived their lives going forward. This is being born into a world on full “Empty”, where, under the laws of survival, they slowly learn to pump gas into their own personal tank.

In the survival chase that everyone finds himself engaged once he or she “comes of age”, a date which incidentally Nature determines and not some child psychologist, clergyman, even parent or legislator, there are series of warning signals.

Again, that kid on the back row with an arrow pointing down is me, at age 7. If I knew anything about anything at that age, other than Sunday School stuff and table manners, I can’t remember. I had been spanked a couple of times by then, but none of them memorable, and I was also taken to the principal’s office once, as I had a fight every morning in front of the classroom door with Bill Hensley, the kid on the back row in bibbed overalls, the first week of school, while waiting for Mizz Ison to come open the classroom door. She finally caught us. And we got a good talking to.

Then we were best mates for years because of those ‘rasling matches. So, by age 7 I had already learned several lessons in several areas involving the Laws of Nature I wouldn’t really realize I’d learned for 20-plus years; another of Nature’s little tricks. For instance, Mick Hensley, Bill’s cousin, taught me a lesson about lying when I was 12, in 5th Grade, which still stands taller in my memory, as lessons go, than all the preachings I’d ever been taught in church about “bearing false witness”. (Some of you have read this story before.) But it was not a real lesson until I revisited it in law school, wondering why no one else in my class hadn’t been taught the same lesson I had, namely “Ya ought not lie.” (Lawyers don’t seem to have any problem with it.)

In my time it was not uncommon that kids be taught things in 4th grade that was of little value to them until they were 20. Routine, in fact. Sunday schools had the inside track on this kind of teaching stories of the Bible, only later Communists in the 1960s learned this same trick to insinuate into public schools, and then teaching in colleges, so that parents would not know what had come over Agnes or Charlie until they were 22 and twice-arrested for drugs.

That’s in its third generation now, having taken on a life of its own and one of the principal reasons I’ve taken pen in hand the past decade.

But just not where Luther Brock lives. And Luther may be the key to why understanding Nature’s trump cards is so important.

The pyramid with the little teat on top represents every child ever, born everywhere, at any time.  Those tiers Underneath that child are representative of the generations, or all the things that have occurred, including discoveries and inventions, even ideas, that had gone before him/her…what my dad always called “the shoulders we stand on”…but about which that new-born child knows absolutely nothing…until he or she is taught.

Law: The child has to be taught, not just family, clan, tribe, state and national history, but also how to observe, and to discern, what once was called common sense, and some mention of that family tree…all with the notion of survival of the line.

In short Nature has always been God’s Number One Enforcer of Man’s failed institutions.

To be continued. Just search “How things Work”.

“Want-to”: A History Lesson on Stretching Logic Too Far

The Hero in Nature, and the Pagan Ideal of Good

If We Lose… (A Preaching)

The Idea of Private Ownership of Property

The abbreviated version of our "About Us " page? There are really only two types of philosophy in the world; the high-minded, and everybody else. Consider us everybody else.